One of the added benefits of attending the annual tasting of all the J.P.Moueix Bordeaux En-primeur samples is the opportunity to also get a UK pre-release sneak peek of their finished bottled Californian wines including Othelo, Napanook and their iconic Dominus. 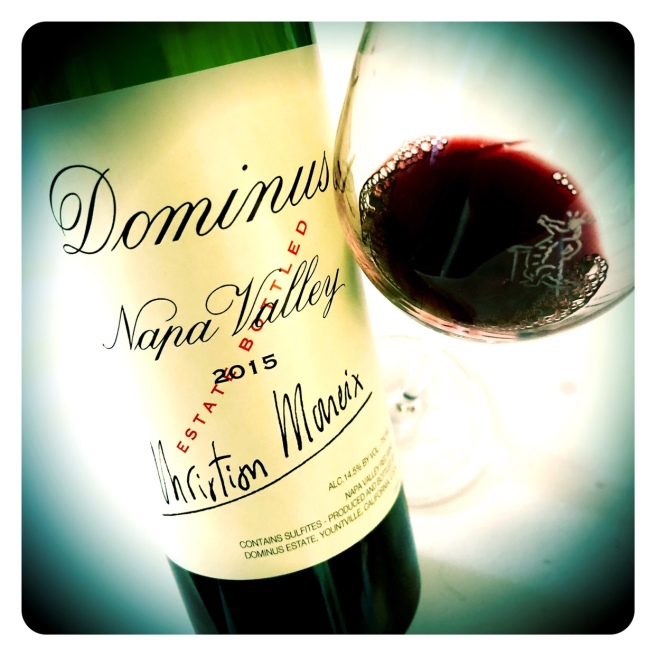 With such strong US home market demand, allocation quantities through Corney & Barrow, the official UK agent for J.P.Moueix and Dominus, have continued to shrink over the past few years as Robert Parker Jr. has dished out 100 point perfect scores to multiple vintages.

2015 represents another block buster vintage which also garnered 100 points from Mr Parker, both when tasted in barrel and again in bottle. However, the Dominus proprietary red while always being a big, dense, powerful wine on release also has an incredible propensity to age, evolving into a classical Bordeaux blend expression that often takes your breath away with its sublime mature beauty and balance. The same can certainly not be said for a number of big glossy Napa reds out in the market place. 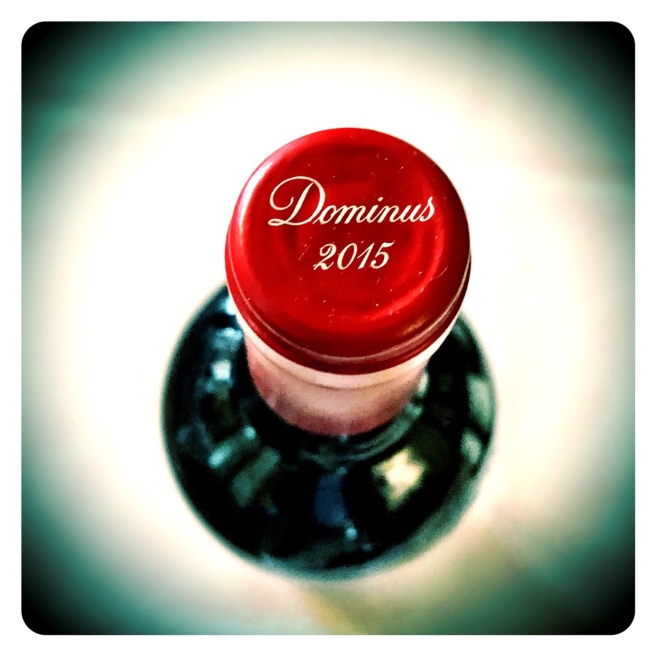 A dense dark imposing colour, the 2015 grand vin was bottled in July 2017 and is a blend of 86% Cabernet Sauvignon, 9% Petit Verdot and 5% Cabernet Franc. The aromatics show a pronounced Cabernet Sauvignon character, packed full of sweet dark earthy cassis fruit, black plum, bramble berry and topped with perfumed notes of lavender, violets, black chocolate and cedar spice. The palate is dense and fleshy, overtly opulent and textural as is to be expected. Very glycerol and broad, there are piquant layers of sweet black currant, brûléed black cherries and spicy graphite tannins that are plush and sweet. A big voluptuous wine that captures your attention and holds it with a certain flashy accessibility not seen in too many young Dominus vintages. But as always, this is the real deal and another seriously fine wine from the Moueix stable that is sure to age very well. Drink from 2020 to 2048+

It’s almost like a cult. Pizza making, the dough, the toppings, the perfect oven bake. A great distraction during #lockdown2020 @hellodelivita @sipped_slurped Feeling the need to knead! 💥🤛🏻🍕🍷
Happy Braai Day everyone! Wonderful to drink great South African wines all weekend! Cheers! #finewinesafari www.gregsherwood.com #spectacularsouthafrica #drinksouthafricanwine #gbbraaioff
Lockdown blues. But the fine wine makes it all better! 🤷🏼‍♂️🍷☺️#drinksouthafrican #finewinesafari
Happy World Chardonnay Day! Had a little @naudewines Chenin Blanc aperitif but thought I better step up to the plate and be a team player with some proper kit! 😉🍷😂 #burgundybliss #ChardonnayDay #closdelamouchere #henriboillot #monopole @domaine_henri_boillot @vinsdebourgogne
Start your engines. These iconic producers will soon release their 2017 reds. @kanonkopwineestate @meerlustwine @lerichewines You cannot afford to not have these in your cellar. Reviews coming soon to the #finewinesafari #iconreds #southafricasfinest @stellenboschcabernet @stellwineroute
Sometimes it’s just great to enjoy a Bordeaux from an iconic vintage when young. They don’t come much better than 2016 or more famous than the #winespectator Wine of the Year 2019. @bartonwine @bordeauxclublondon @bordeauxwinesuk @bordeauxwinesuk
Join in and support the SA wine industry. It’s braai bank holiday with lots of SA wine to drink. @oldvineproject @cheninblancsa @naudewines @handfordwines @wosa_za
The @naudewines limited release Egg Chenin from the Swartland reviewed. #finewinesafari read about this beauty! @cheninblancsa @wosa_za @oldvineproject