As a fine wine buyer and an ardent California wine lover, I have been a long time admirer of the endeavours and achievements of the late Jess Jackson, and latterly, his widow Barbara Banke, who became matriarch of the Jackson Family Wineries empire.

Seldom have individuals committed themselves so whole heartedly to supporting the production of fine wine on such a broad scale, whether in Sonoma, Napa, Bordeaux, Italy or Cape Town.

Today, Barbara put on a fantastic Chardonnay seminar / masterclass hosted by Patrick Schmitt MW, editor of Drinks Business magazine, where 4 global icon Chardonnays were tasted blind against her latest venture, the Capensis Chardonnay 2013 from the Cape. 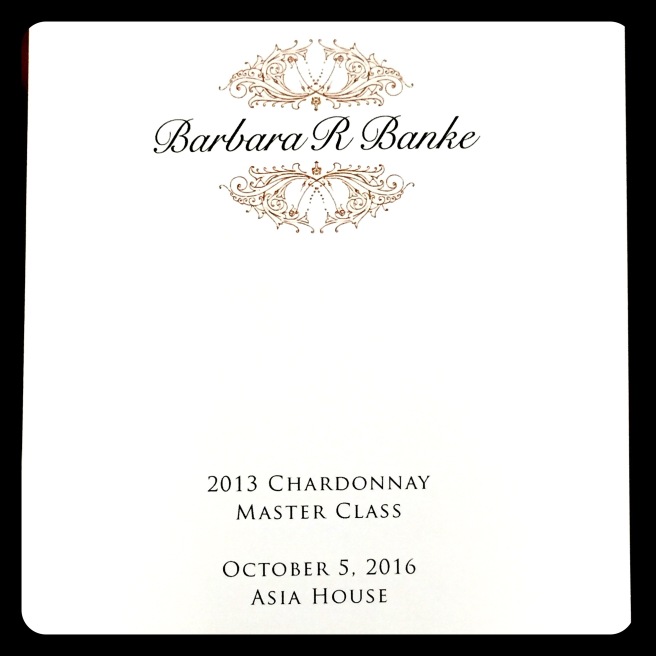 There were more than a few moments of deja vu about today’s tasting as the Capensis Chardonnay 2013 was pitched blind against a formidable line up of same vintage, 2013 global Chardonnays.

While not wanting to sound critical, the UK Capensis journey has been somewhat stop-start and complicated with efforts to appoint a suitable importer being less than successful. This in turn has resulted in, inevitably, several false starts for the launch of this wine.

While the business planning may be in need of a revamp, there is no doubting Barbara Banke’s and venture partner Anthony Beck’s commitment to this icon wine project. 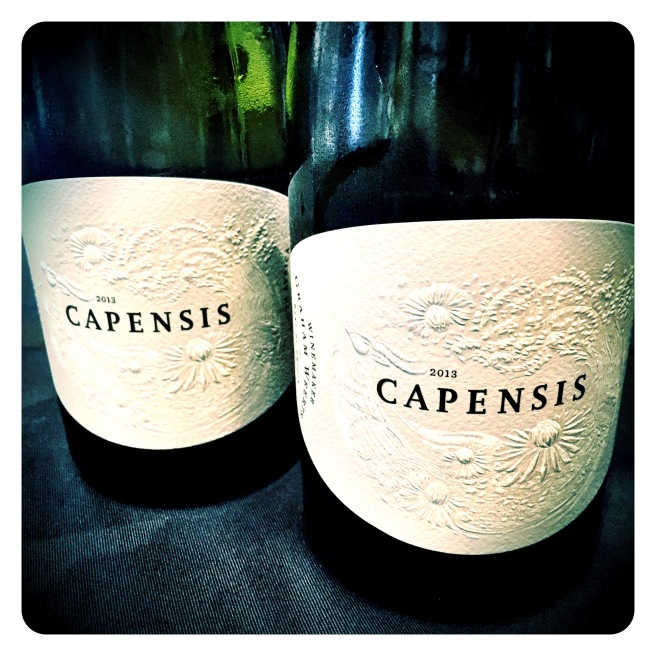 With the highly talented winemaker Graham Weerts on board, the future looks bright. Any maiden vintage of a wannabe icon wine is going to be a tough ask. But Graham has proved he is up to the task, and while the Capensis 2013 received my lowest score out of the 5 icon wines tasted today, it held its head up proudly and performed strongly against some very accomplished big hitters. 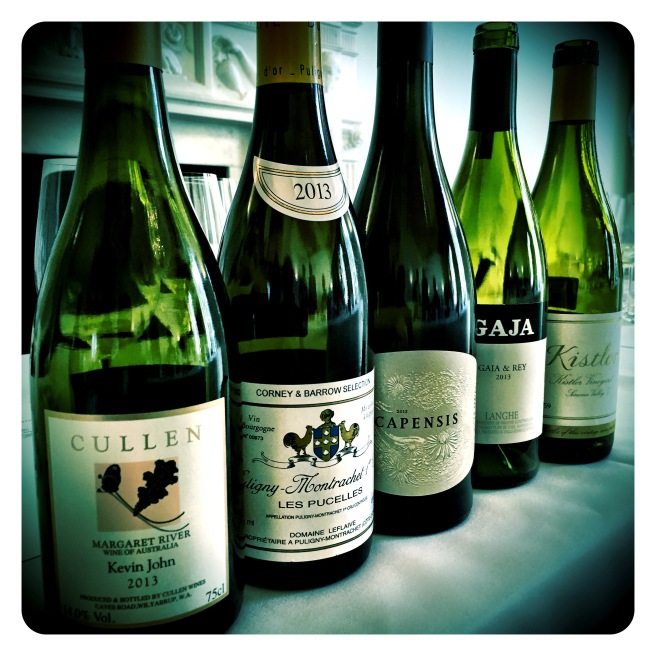 My scores for the flight of wines… all tasted blind, were: 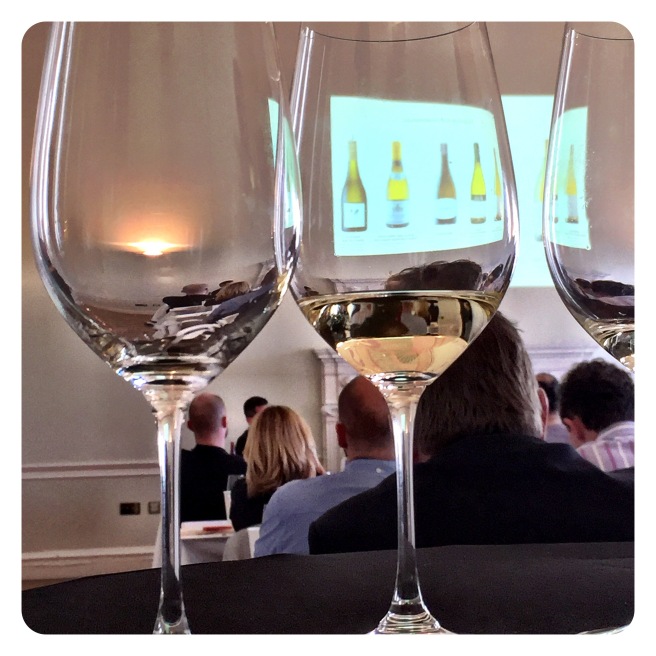 So all in all an interesting exercise if not perhaps somewhat overdue. The wine itself is maturing nicely and is ready to drink in my book. Some suggested it needed further time, but they were perhaps being confused by the heavy oaking, thinking time might allow it to mellow and integrate further?

This wine was made in 100% new French oak. Graham Weerts clarified to me at a previous Capensis launch v2.0 last year, that his decision to use 100% new oak, however reluctant, was taken because he was not confident enough that buying in second fill barrels from someone else was the way forward. Hence the 100% new oak  regime to start, which will be reduced as the years go by, down to perhaps 30 or 40% new.

I can’t help but feel the extra freshness and youthful tension on the Capensis on day one, at Launch v1.0, was the best time to push this wine out to market and my score at the time was probably a good point and a half higher back then at 93+/100.

While it is certainly drinking well now, I don’t see it improving with an extra 2 or 3 years aging. The rich, savoury, leesy, smokey brûléed oak notes make sure that this wine is ready to go now and will only take on weight and fat, and lose additional freshness as it ages.

Roll on 2014 and indeed 2015! I think we may well be in for some tantalising treats in the years to come from this future icon wine. 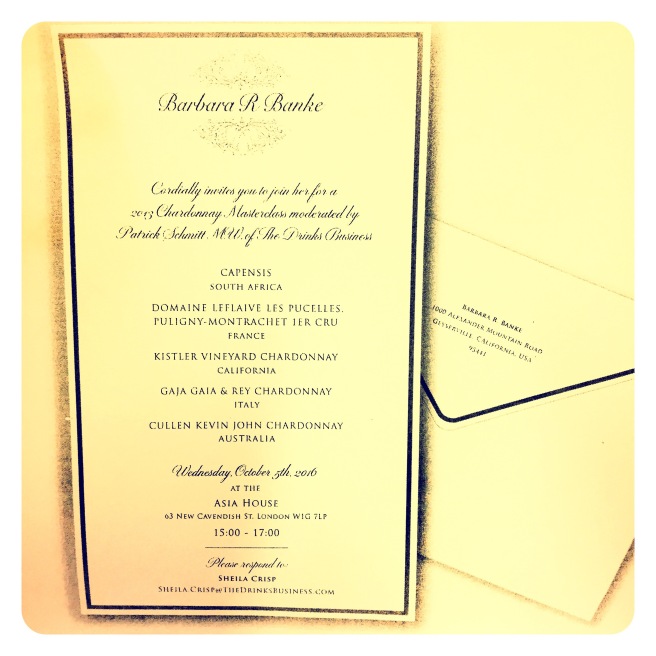 One thought on “The UK Capensis Chardonnay (re)Launch version 3.1 …”

It’s almost like a cult. Pizza making, the dough, the toppings, the perfect oven bake. A great distraction during #lockdown2020 @hellodelivita @sipped_slurped Feeling the need to knead! 💥🤛🏻🍕🍷
Happy Braai Day everyone! Wonderful to drink great South African wines all weekend! Cheers! #finewinesafari www.gregsherwood.com #spectacularsouthafrica #drinksouthafricanwine #gbbraaioff
Lockdown blues. But the fine wine makes it all better! 🤷🏼‍♂️🍷☺️#drinksouthafrican #finewinesafari
Happy World Chardonnay Day! Had a little @naudewines Chenin Blanc aperitif but thought I better step up to the plate and be a team player with some proper kit! 😉🍷😂 #burgundybliss #ChardonnayDay #closdelamouchere #henriboillot #monopole @domaine_henri_boillot @vinsdebourgogne
Start your engines. These iconic producers will soon release their 2017 reds. @kanonkopwineestate @meerlustwine @lerichewines You cannot afford to not have these in your cellar. Reviews coming soon to the #finewinesafari #iconreds #southafricasfinest @stellenboschcabernet @stellwineroute
Sometimes it’s just great to enjoy a Bordeaux from an iconic vintage when young. They don’t come much better than 2016 or more famous than the #winespectator Wine of the Year 2019. @bartonwine @bordeauxclublondon @bordeauxwinesuk @bordeauxwinesuk
Join in and support the SA wine industry. It’s braai bank holiday with lots of SA wine to drink. @oldvineproject @cheninblancsa @naudewines @handfordwines @wosa_za
The @naudewines limited release Egg Chenin from the Swartland reviewed. #finewinesafari read about this beauty! @cheninblancsa @wosa_za @oldvineproject