I’ve had a few days to reflect on my profound recent visit to the Greek Cyclades island of Tinos, the T-Oinos winery and their Clos Stegasta vineyard.


I’ve always known how hot and dry Greece and its islands can be, but what made this visit extra interesting, is that in 2001/2 the winery and their consulting enologist re-examined 1000+ years of Greek viticulture to decide what indigenous varieties would be the most suited to the sites they were looking to plant on.
For these granitic, sandy soils, they chose Assyrtiko and Malagouzia. For the reds they chose the noble Mavrotragano and Avgoustiatis. So far, with only 4 or 5 proper vintages under their belt, they are finally starting to hone in on a more assured style and direction for both the whites and the reds.

In South Africa, they may have 350 years of winemaking history to reflect on, but all the varieties planted were brought in from the European diaspora and none were indigenous. Trying to replicate Bordeaux, Burgundy or the Rhone in Africa can come with its challenges.

After about 30+ years of ‘modern’ viticulture in South Africa, and many false starts, growers are finally finding suitable microclimate sites for cooler climate varieties such as Pinot Noir. But it is the recent attention being paid to new, ‘exotic’ varieties that is drawing a lot of interest. Varieties that could protect the future quality of South African wine as the world heats up and water becomes an even scarcer commodity. Sustainability is the word on everybody’s lips.

Luckily in South Africa, there is a lot of freedom and a real sense of not having to stick to a fixed set of rules. Between 2011 and 2015, fifteen new varieties were planted including Nero d’Avola, Gruner Veltliner, Barbarossa and Alicante Bouchet.

But for me, it is undoubtedly what Eben Sadie’s been up to that has captured peoples’ imagination. One of South Africa’s foremost experimental winemakers, he has been toying with new varieties like Grillo and Cataratto from warm climate Sicily as well as Assyrtiko, Agiorgitiko, and Xinomavro from Greece. 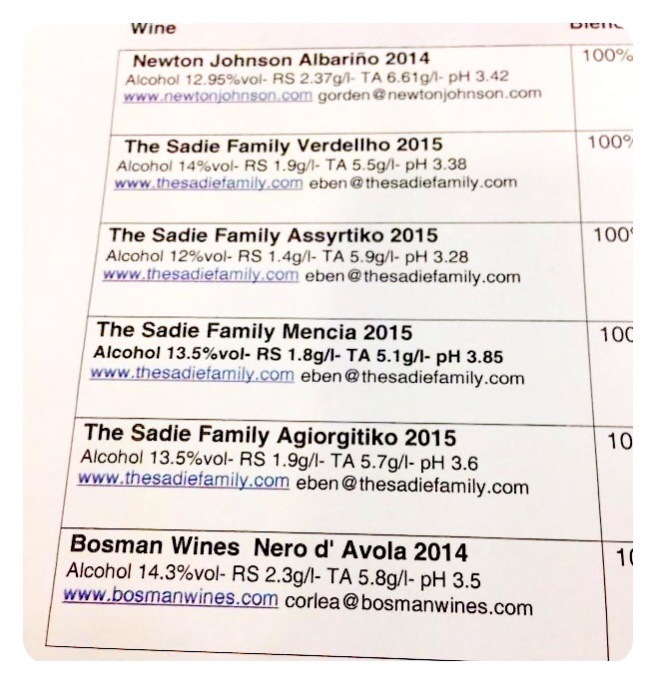 So having just tasted some very impressive reds and whites in Greece, I’m convinced more than ever that Assyrtiko, as well as some of the noble Greek red varieties, could certainly be the next big wine varieties to go mainstream around the world.

Watch this space… Australian and South African Assyrtiko whites on merchants’ shelves alongside Greek versions from Santorini and perhaps even Tinos!?