After a very busy year, the Summer always seems a good time to catch ones breath and rest ones palate. Well, that is very much wishful thinking. July kicked off with a bang and the calendar was as fully packed as at any other time of the year. There seems to be no off switch anymore. All the more reason to make sure you enjoy your job, whatever it is that you do.

In July I arranged to join Neal Martin on a fun trip down to Wales to visit Ancre Hill Estates the fabulous high quality organic and biodynamic winery producing some of the best bubbles in the United Kingdom. Neal had received such a good response from his first English wine review in the Wine Advocate that it seemed a jolly good idea to go and visit!

A great picture of David Morris, son of owner and wine maker at Ancre Hill. I was thrilled when “Star & Furrow Magazine – The Journal of the Biodynamic Association” asked to use this picture for their January 2018 Edition profiling this talented young winemaker. 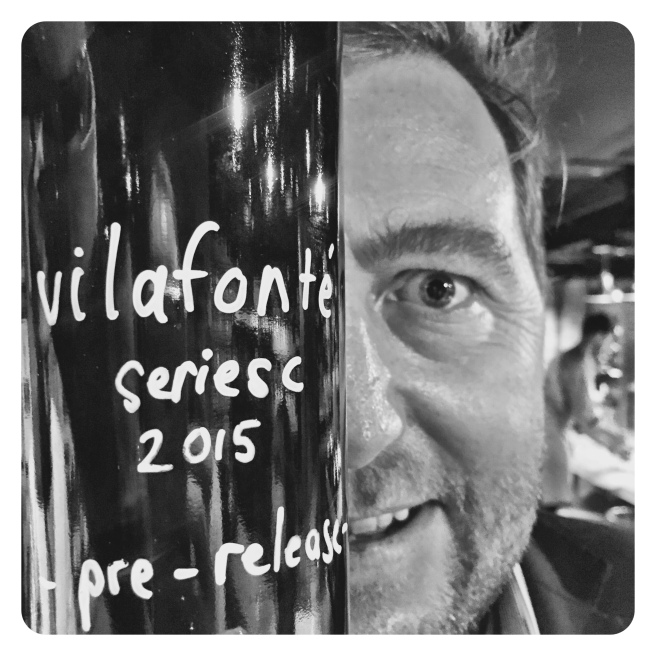 Always fun to catch up with Mike Ratcliffe in London, this time for a pre-release tasting of the Vilafonte Series C 2015 which rightfully made it on to my Top 10 most memorable reds from South Africa in 2017.

Thelema wines remain some of South Africa’s most iconic and it is wonderful to see Thomas Webb doing such a great job promoting them in the UK. 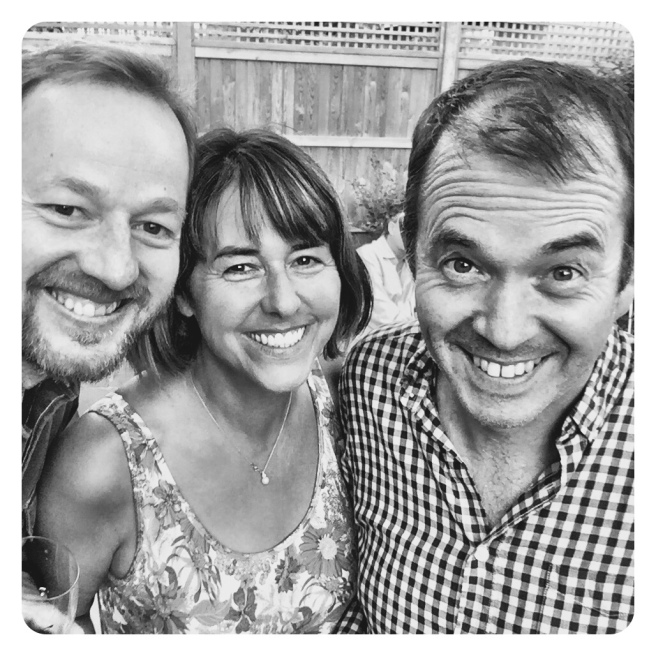 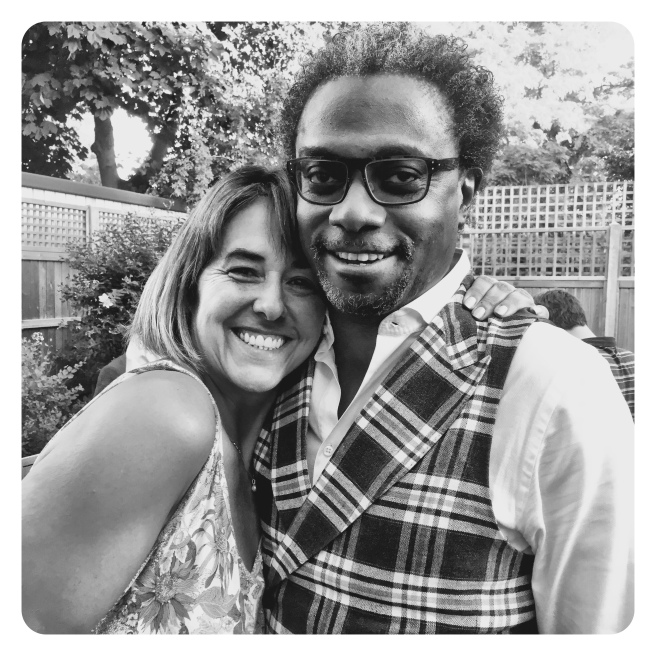 Summer time properly kicked off with another BBQ summer party gathering of the TW Wine Club… open to members of the wine trade (and VIP guests by invitation) who live in the Twickenham TW post code. Anne Burchett volunteered her lovely garden again and the weather obliged. Great to catch up with the whole gang including Jamie Goode, Oddbins MD Ayo Akintola, Telegraph journalist Victoria Moore and many others. 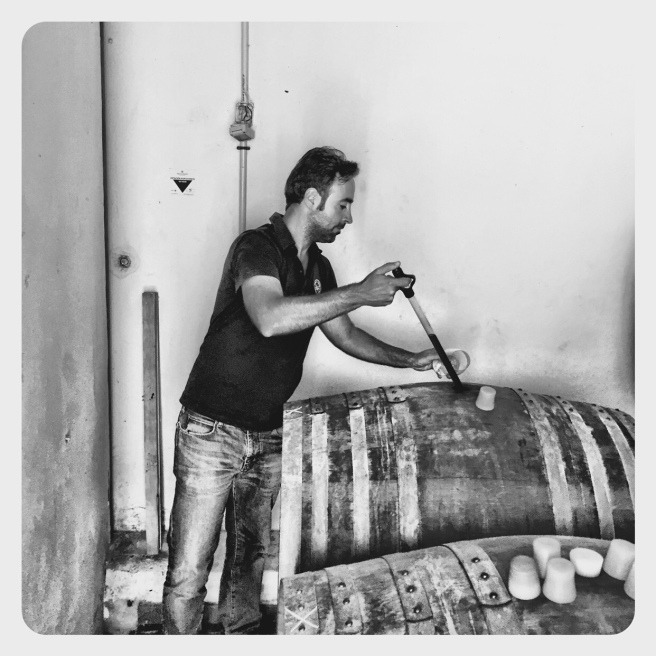 August heralded my first trip back to Tenerife since the mid 1980’s to catch a bit of sunshine and visit some of the wonderful wineries on the island, documented in my Fine Wine Safari series titled “The Tenerife Wine Odyssey”.  Great to visit one of the best, Suertes del Marques near La Orotava and be hosted by owner Jonatan Garcia Lima. Some amazing wines made on the island as confirmed by the high scores of Wine Advocate writer Luis Gutierrez’s recent Spanish Report covering the new releases from Suertes del Marques and Envinate, the islands two best producers. 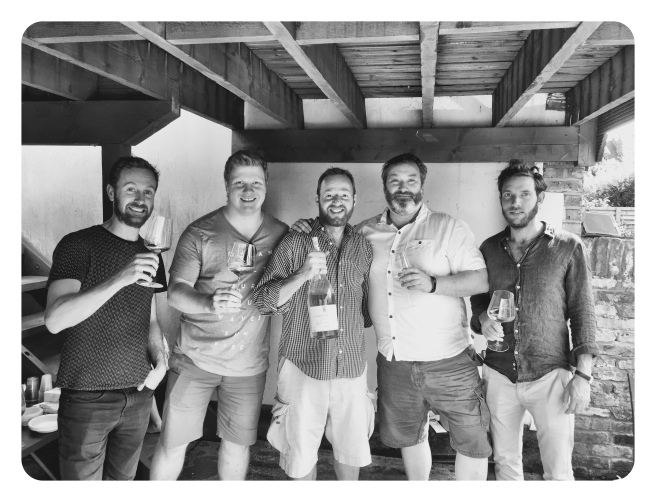 Another great summer bash, this time generously hosted by David Clawson, owner of the Remedy Wine Bar. Plenty of fine wine enjoyed late into the night.

Never a dull moment when Ian Naude is around. He hosted numerous Masterclasses for us and really opened the eyes of a lot of consumers on the quality of old vine Chenin Blanc and Cinsaut coming out of South Africa.

One of the most highly anticipated Champagne tastings of the year was held in the late summer with the unveiling of the new release Krug 2004 vintage. Amazing wines tasted with Olivier Krug.

Plenty of fine wine drunk with Gary Jordan and Ian Naude on the occasion of their UK importer ABS’s new release portfolio tasting. A few cleansing ales wrapping up a fun day. 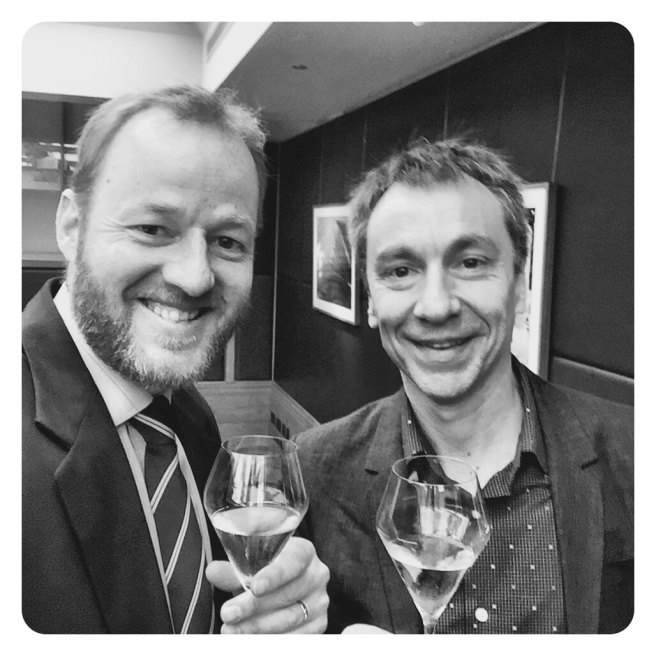 It’s not often a tasting of a Chilean producer includes a 100 point wine. Errazuriz’s Vina Chadwick cracked a 100 points last year and this year it was the turn of their Sena Bordeaux blend. Winemaker Francisco Baettig hosted us at 67 Pall Mall to sample the 2015 vintage new release as well as a vertical of several older vintage of both Sena and Vina Chadwick. Such distinguished wines.

With Wines of South Africa’s Intrepid Tasting just around the corner, it was time for the Saffers to decent upon London once again. Lovely to catch up again with Martin Meinert and Gottfried Mocke from Boekenhoutskloof. 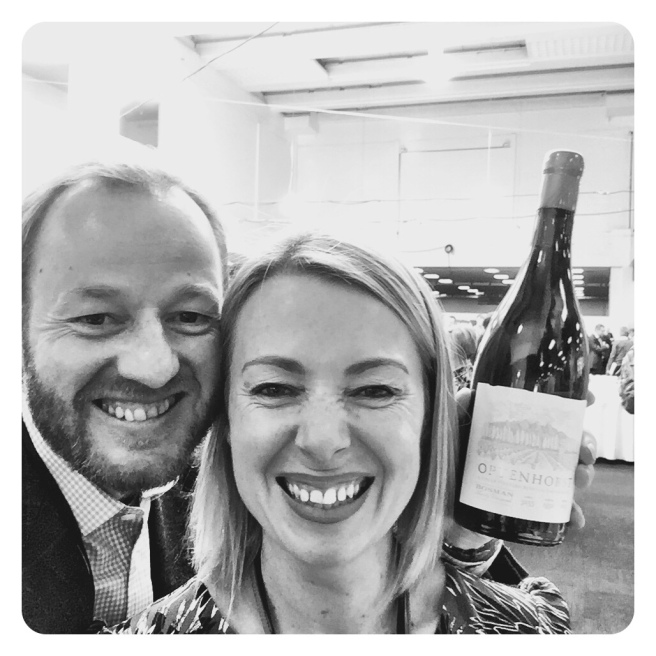 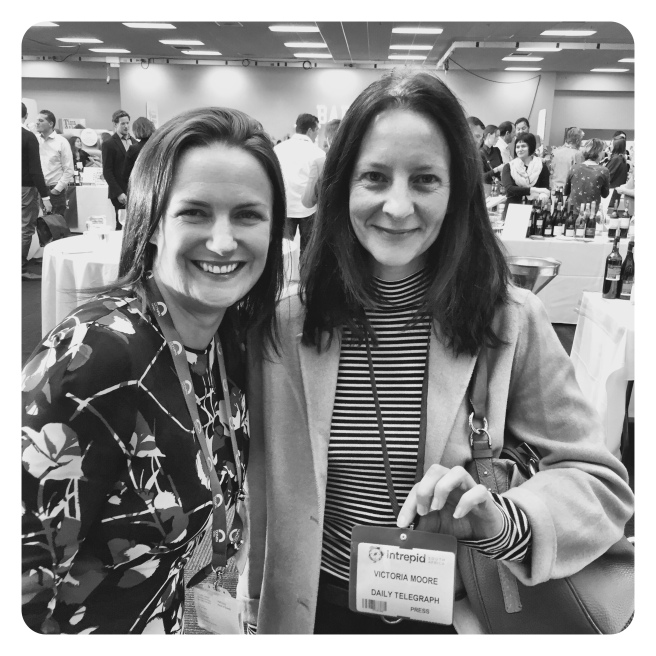 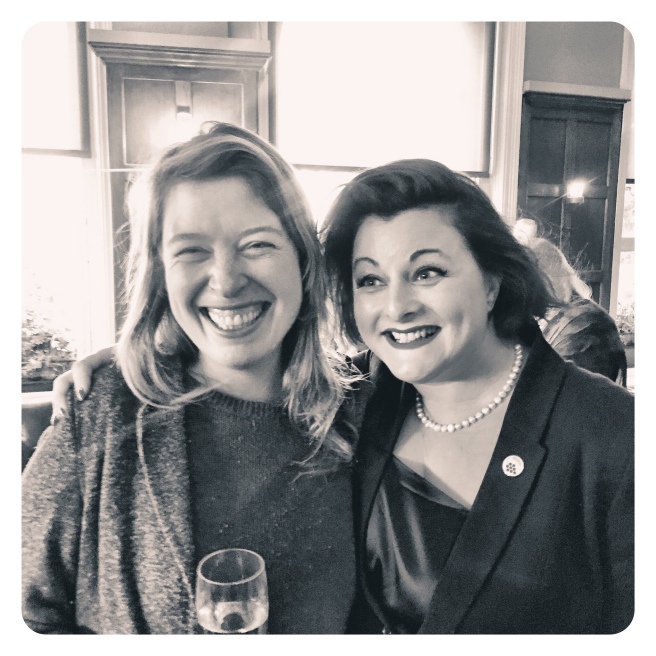 The Intrepid Tasting was a great success despite the slight scheduling disconnect with The New Wave South Africa Tasting happening one month later. All the top journalists were there in force and the Tim Atkin MW 95+ Point table was a great draw card. Always fun to taste with Joe Wadsack, Neal Martin, Jo Wehring, Victoria Moore, Rosie Davenport etc.

In the gap between the Intrepid Tasting and the South African New Wave Tasting, there were a few moments to concentrate on “other” wines from around the world. Mark Savage MW, who has been importing Tertre Roteboeuf from St Emilion since the late 1970s, was on hand to present a fascinating vertical of wines from the current release all the way back to the late 1980s. A truly rare and fascinating occasion.

Another incredible vertical, written up on the Fine Wine Safari, was Luis Pato’s amazing Bairrada Baga vertical featuring some very rare single vineyard wines back to the mid 1980s.

The late summer was commandeered by Wines of California again starting with an amazing tasting tour of Sonoma wineries around London’s top steak houses organised by The Buyer’s Richard Siddle (above) and Peter Dean. A really innovative event and also very successful as well as enjoyable. Below, with my wing man for the day, Roger Jones. 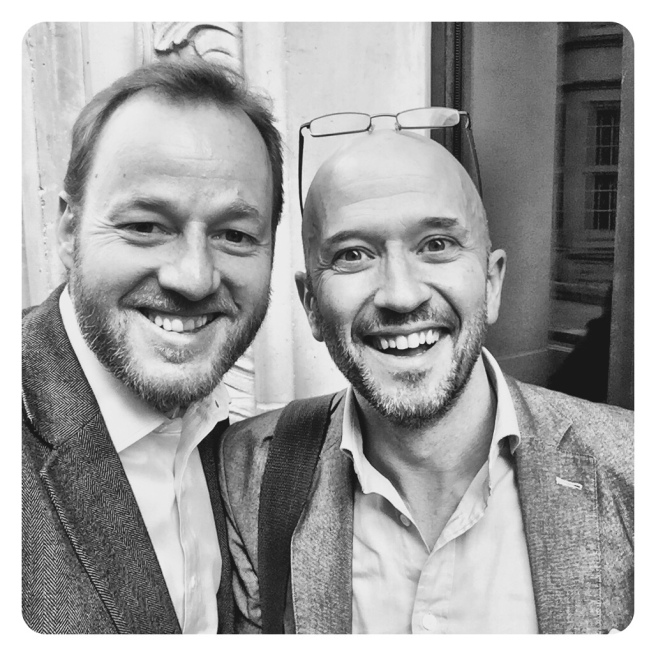 Part of the entourage for the Sonoma Vintners Tasting was Joe Fattorini, presenter of The Wine Show, which is due to screen its second season soon. 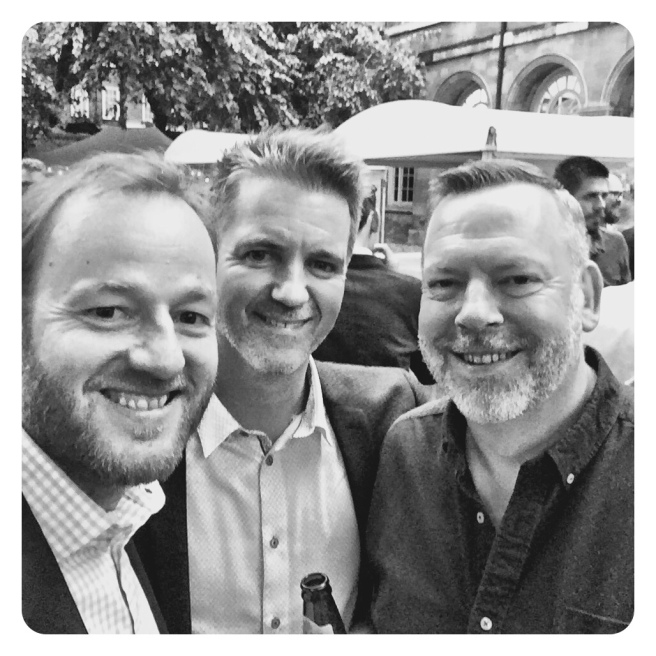 The excellent Wines of California Tasting in Westminster allowed for a little reunion of our group that visited California in March. Above picture, myself with organiser Justin Knock MW and merchant Noel Young from Cambridge. Below, Noel Young, Amelia Singer and Peter Ranscombe. 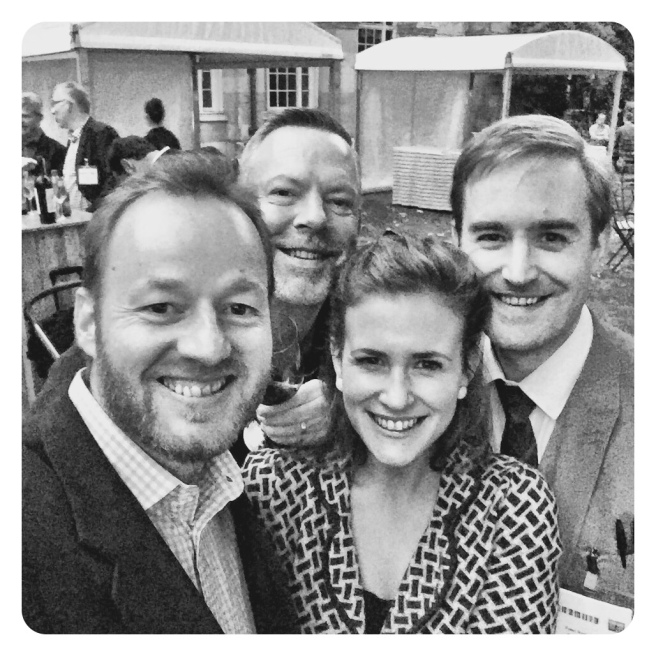 Always lovely to have big Schalk Burger Senior visit when he is over in London, on this occasion for the Dunhill Invitational Pro/Am Golf Tournament at St Andrews … as well as several obligatory wine merchant visits with new Welbedacht vintages. 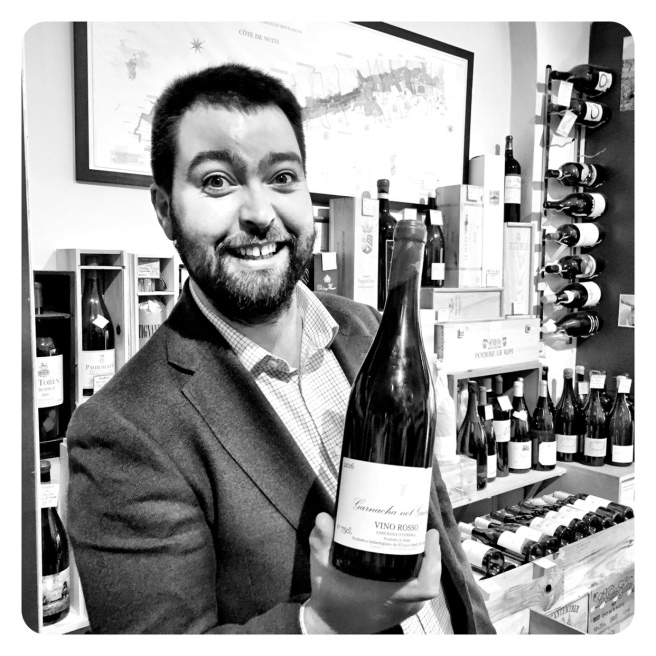 To end the third instalment of my year in wine through photographs, here’s a corker of our ex-manager Mick O’Connell MW over from Dublin to give us a preview of his super second vintage of Garnacha not Guerra 2016, which he produces in small quantities (1000 bottles) with his wife in Sardinia. 🍷

One thought on “A Photographic Record of My Year in Wine – 2017 – Part Three: July to September”

The last bottle in the cellar is often the best bottle… such a delicious treat with an incredible meal at @chinatanglondon 😍🍷💥 #londonsbestchinese #tangtastic @elliotawin @mrcawine
The judges life… @decanter tasting 160 Pinotage reds from South Africa for the January edition. #finewinesafari 🍷
Iconic Kanonkop Wine Estate Prepares for the 2017 Cabernet Sauvignon Release… review now live on the #finewinesafari at www.gregsherwoodmw.com @kanonkopwineestate @seckfordagencies @stellenboschcabernet @stellwineroute “Deep, broody, exotic expression of Cabernet Sauvignon - all the deft elegance and finesse of the 2017 vintage - drink well on release and age deceptively well for 20+ years”
Tasting season at full tilt. Venturing to China Town for the superb @lescavesdepyrene tasting. #keepitnatural @pinotnoir70
With a sunset like this, it must signal the arrival of the holy @kenforrestervineyards on the hallowed banks of the Thames! @fmcwine @hightimberrestaurant
Thierry Germain magic! Another new release of his fabulous @domainede_grangeneuve reviewed on the #finewinesafari #cabernetfranc #loirevalley www.gregsherwoodmw.com
The crisis is temporarily over! New stocks of the incredible @naudewines Chenin Blanc 2016 have arrived and its drinking beautifully! Not far off the iconic 2013 in style and quality. Certainly one of South Africa’s greatest Chenin Blancs. #cheninblanc @cheninblancsa @oldvineproject @wosa_za @danreallylikeswine #unicornwine
Back on the sauce! #kingdomofcabernet @lerichewines @boutinotwines #lifeisacabernet @stellenboschcabernet @stellwineroute