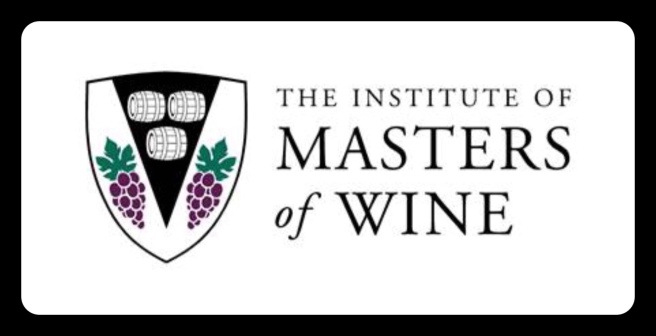 There are now 380 Masters of wine, based in 30 countries.

THE NEW MASTERS OF WINE

Almudena Alberca is the first woman in Spain to achieve the title of Master of Wine. After graduating in agriculture engineering, she continued her studies gaining a degree in oenology and a master in viticulture. Her first harvest was in New Zealand at Vidal Estate, part of the Villa Maria group. Since then she has travelled extensively through wine producing regions worldwide. Almudena began her career producing boutique wines in Viñas de Cenit, in Zamora, Spain, where she went from assistant winemaker to managing the entire winery. She worked at Dominio de Atauta in Ribera del Duero where she played an integral role in shaping their wine styles and achieving international success. During this time, she was also the Spanish specialist for importer AvivaVino in New York, selecting and blending wines for this market. Almudena has been the technical director at Viña Mayor since 2015, one of Spain’s large-volume players in Ribera del Duero, Rueda and Toro. She is also responsible for developing new brands and wines in regions like Rías Baixas and Valdeorras and is involved with PR, marketing and sales both in Spain and abroad.

Barbara started her wine career in 2011 at Berry Bros. & Rudd, working in the events department. She currently coordinates and hosts a wide range of events in BB&R’s extensive cellars, spanning introductory wine courses to in-depth tastings and masterclasses, dinners, lunches, one-day schools and WSET courses. To balance out the grape, she also dabbles with grain, hosting spirits events as well. In her spare time, she runs unnecessarily long distances.

The influence of vocabulary on perception of wine: tasting tannins in Barolo and Brunello

Olga Karapanou Crawford is a wine consultant and winemaker based in Napa, California. Olga is the first Greek winemaker, and third Greek national to earn the Master of Wine title. Born and raised in a winemaking family, she endeavoured to study viticulture and oenology from an early age. With a bachelor’s degree in chemistry awarded in her native Greece and a master in viticulture and oenology in California, Olga has set out on a career that emphasises quality winemaking at a variety of price points and styles. With various roles that touch nearly every aspect of the industry (winemaking, sourcing, marketing, sales and winery management) she is most drawn to working with wineries that display a mix of business acumen and a passion for wine. This has led to working for companies such as E&J Gallo, Marcassin Vineyards, Achaia Clauss and most recently Penrose Hill Ltd. She has travelled the world as a wine consultant and is currently based in California leading the winemaking team for Penrose Hill Limited, a modern negociant, as well as continuing consulting for her family’s wineries, Achaia Clauss and Antonopoulos Vineyards.

Challenges and opportunities for selling wines in premium New York City restaurants made from niche grape varieties. Xinomavro is used as an example

Originally from the San Francisco Bay Area, Regine’s love of wine developed after countless day trips to Napa and Sonoma to ‘taste’ wine. She has a degree from the University of California, Berkeley in politics and international relations, which led to a fateful study year at the London School of Economics and eventually a British husband and a life in the UK, where she now lives. After working at Deloitte as a management consultant, she made the career switch to the wine industry. She worked at WSET to develop their Asia-Pacific markets and is currently in national account sales at Liberty Wines, but has had roles focussing on operations, trade marketing, education and sales analytics at the company. Regine is a co-founder of Women in Wine London, a trade-networking group which organises events which develop women professionally and provide a forum to discuss the key developments in the industry.

The value of relationship building in the wine industry: an analysis of trade customer visits to producers and their impact on sales

Elsa Macdonald was a management consultant in the telecom and financial sectors until 2003, when she heeded the call to pursue her passion for wine and changed careers. Now Director of Wine Education at Arterra Wines Canada, Elsa shares her knowledge and zeal for wine with sommeliers, WSET Diploma students and trade professionals across the country. She serves on the national board of directors for the Canadian Association of Professional Sommeliers and is certified by the same body. When she isn’t teaching or tasting you can find Elsa exploring the world’s wine regions where she continues to cultivate her experiences and engage others in her passionate pursuits. Elsa also holds a master of science (telecom) from Syracuse University, New York and a bachelor’s degree from Ryerson University, Toronto.

Tom started working in the wine industry while reading modern languages at Oxford. Following a stint at Farr Vintners during the 2009 Bordeaux En Primeur campaign, he joined the Oxford University Blind Tasting Society and subsequently competed in the varsity blind tasting match. He joined Farr Vintners permanently in 2011, where he is now a buyer. He has also worked several harvests in Bordeaux, Burgundy and the Napa Valley, both in the vineyard and the winery. Tom – who is now the youngest Master of Wine in the world – writes when time allows and has been published in the World of Fine Wine magazine and Hayden Groves’ book Back in the Saddle. He enrolled in the MW study programme after winning the Derouet Jameson award for high achievement in his WSET Diploma. Away from work, Tom can normally be found cooking with a glass of Syrah in hand, at Selhurst Park following his beloved Crystal Palace, or on the golf course.

Lindsay Pomeroy grew up in an idyllic place in New Hampshire has an identical twin, an adorable niece and a very lively family. She began her career trek towards wine when she lived in Italy and attempted to teach English to Italians. She made lasting friends with Italians who taught her the art of espresso-drinking and chocolate-tasting (her other loves), and helped her develop an addiction to salami, which she has reluctantly given up as a newly minted vegetarian. She loved Italy, but her passion for wine started in San Diego, California where she currently still resides. Historically more of a beach-and-beer town than a wine-drinker’s mecca, Lindsay has helped foster a community of knowledge-thirsty wine drinkers in San Diego throughout her 12-year tenure as the Chief Wine Educator and founder of Wine Smarties, a wine education school that provides WSET and French Wine Scholar (FWS) courses. Leading up to the MW study programme, Lindsay successfully earned her WSET Diploma, FWS certificate and Certified Wine Educator (CWE). Outside of wine, Lindsay loves to spend time with her colourful family and friends, go rollerblading, meditate, and sport a fanny pack, which she claims is fashionable again.

A study of water monitoring technology in the drought affected counties of San Luis Obispo, Santa Barbara and San Diego: current usage, attitudes towards technologies and factors that influence adoption

Nicolas Quillé was born in Lyon, France, into a family with three generations working in the wine business. Nicolas holds a master’s in oenology (Diplôme National d’Oenologie) from the University of Dijon in Burgundy, a postgraduate degree in sparkling winery management from the University of Reims in Champagne and an MBA from the University of Washington in Seattle. Nicolas has worked for wineries in Burgundy, Provence, Champagne, the Rhône valley, the Douro valley, Oregon, Washington and California. Nicolas has more than 25 years of experience in the wine industry with an emphasis on winemaking, quality control, winery management, wine portfolio management and merger and acquisitions. He has judged at numerous wine competitions and is speaking at wine conferences on a regular basis. Currently Nicolas is the Chief Winemaking and Operations Officer for the Crimson Wine Group based in Napa, California. At Crimson, Nicolas is responsible for the operations and the quality of six wineries and estate vineyards located in California, Oregon and Washington. Nicolas lives in Portland, Oregon with his wife and two children.

Job is the third Dutchman to become a Master of Wine. He graduated in 2005 with a degree in international business administration from Maastricht University, but wine has always been a major interest in his life. Job studied at the Dutch Wine Academy and did an internship at the Faculty of Viticulture and Oenology of UC Davis. He also worked as a cellar hand at Château Giscours and De Toren. In 2010, he earned his WSET Diploma and became Weinakademiker in 2011. Currently, Job works as a wine buyer and marketer for Les Généreux – an association of 38 independent fine wine shops. For his research paper, he co-founded Grape Compass, an online decision support system that forecasts fungal disease pressures in vineyards. He teaches, supervises wine tastings and writes for professionals and enthusiasts.

Tim Triptree is the International Director of Wine at Christie’s. Tim’s main role is curating, sale planning and the execution of Christie’s wine auctions internationally. Based at Christie’s London, his role includes sourcing consignments, inspection and authentication, developing client relations and hosting wine events and masterclasses. Following an initial career in banking, Tim became interested in wine whilst living in Mendoza, Argentina studying Spanish and completing a sommelier course. He joined Christie’s wine department in 2005 after graduating with an MBA distinction (wine business management). He completed the WSET Diploma, gaining a distinction in 2008 and was awarded the Sherry Institute Scholarship and Constellation Scholarship, which involved wine visits to Jerez and New Zealand respectively. He received the Trinity Champagne Scholarship whilst on the MW study programme. In January 2013, Tim was seconded to Christie’s Hong Kong for four years, to focus on raising the department’s profile in the region as well as involvement with wine auctions in Hong Kong and Shanghai. He became head of sale in Hong Kong before returning to London in January 2017 and was promoted to international director in June 2018. Tim has been a wine judge at the International Wine and Spirit Competition since 2011, a panel judge at Decanter World Wine Awards 2017-2018 and at Bacchus Wine 2018 in Madrid.

Congratulations to them all from The Fine Wine Safari!