It is rather refreshing to engage with the master winemaker Bruwer Raats for many reasons but primarily because of his obsessive and unerring quality focused approach to making wines from two specific varieties – Chenin Blanc and Cabernet Franc. With his skills and expertise he could undoubtedly pull rabbits out of any varietal hat but instead he has always gone about resolutely trying to make the greatest wines he can from these two Loire Valley premium varieties. An admirable quest indeed. 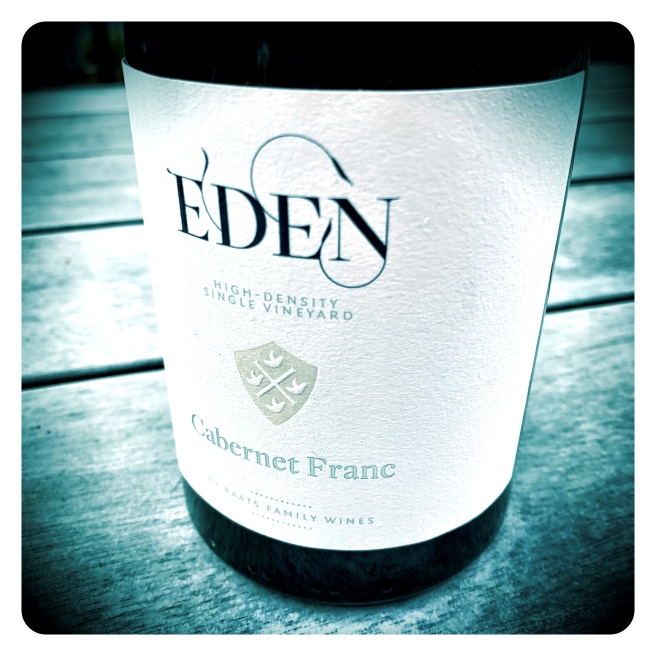 No two single wines in South Africa signal a higher quality striving than the production of the Raats Family Wines’ Eden high density red and white. Coming from a 0.2ha high density vineyard (8,000 vines per hectare) meticulously planned and planted 8 years ago by Bruwer Raats at his Polkadraai property in Stellenbosch, the grapes were fermented in tank and then aged for 9 months in new French oak followed by a further 9 months elevage in older oak barrels. The 2017 Eden Cabernet Franc is due for release on the 28th August 2019 in South Africa.

While the 2015 Eden Cabernet Franc was undoubtedly an awesome thing of beauty, the 2017 release feels intuitively like the fruit comes from a vintage even more suited to this variety. Perfume, elegance, purity, intensity and freshness are the calling cards of this wine. Lifted high toned perfume notes waft endlessly from the glass confounding the senses with a complex aromatic offering of saline cassis, sour black cherry, cedar and cinnamon spice, wet thatch and the most mouth watering notes of granny’s freshly baked blue berry pie newly out the oven. Fabulous varietal purity and typicity follow to a pristinely focused, vibrant, electric palate that shows incredible concentration, piercing intensity and high voltage acidity. The linearity and tension on the wine are classic hallmarks of the decomposed granitic soils of the vineyard with the 2017 vintage lending an extra tart brightness, precision and finesse. Cabernet Franc is never about brute force and while the 2015 certainly carried a bigger arsenal of tannin fire power, this wine is understated and supremely classical in construction but also finely chiselled and delineated. Finishing with dusty graphite, sweet baking spices and satin mineral tannins, this wine has to stand alongside the greatest Cabernet Francs ever produced in South Africa to date. Drink this incredible wine at as many points of its evolution as possible over the next 25+ years.