The essence of a great second wine always starts with premium fruit. When it comes to Vilafonté, very few South African Bordeaux blends can rival this producer’s wines for critical acclaim or consistency of premium quality, vintage after vintage. But a great second wine like Seriously Old Dirt not only has to leverage its own inherent fruit quality but also its own innate vintage conditions to shape a wine representative of its vineyard surroundings, its terroir as well as its ultimate ambition. 2017 has been the dark horse vintage in South Africa that has taken everyone by surprise, producing whites and reds of unimagined high quality when growers were grappling with peak drought conditions in the Cape.

For Vilafonte, 2017 yielded an abundant crop of high quality. Yields rose by 57% percent, despite the fourth year in a sequence of below-average rainfall for the Western Cape winelands. This follows Vilafonte’s smallest per-hectare crop in 2016 and moves back to long-term average yields. Welcome post-harvest rains in the preceding year before leaf fall, coupled with well-timed nutrient applications, allowed the vines to build up reserves before going into winter dormancy. 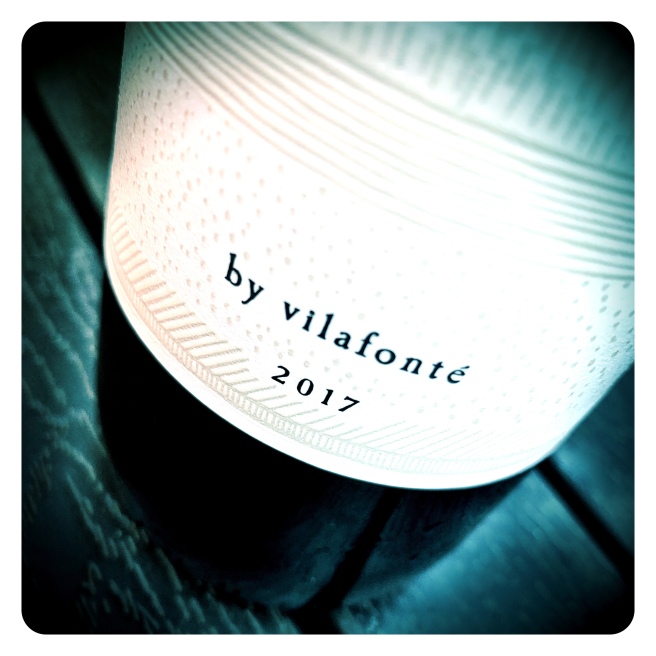 Winter rains in 2016 approached normal levels but fell below average in late winter to spring. Bud-break in the spring was very even, with rapid shoot growth which ceased well before bloom, allowing excellent fruit-set. Weather leading up to harvest was warm and fair with perfect ripening conditions. Harvest commenced on the 6th of February with a few short pauses and concluded on the 1st of March 2017.

This sixth edition was matured for twenty-one months in older French oak barriques with the Seriously Old Dirt 2017 being a blend of 37% Malbec, 36% Merlot, 26% Cabernet Sauvignon and 1% Cabernet Franc producing 89 barrels. The wine succeeds in displaying a truly graceful elegance, freshness and the saline intensity of the vintage while never losing sight of its core role of delivering generosity, purity and sleek textural harmony and precision. Beautifully fragrant and perfumed, the aromatics reveal no less distinction than is found on the Vilafonte Series M or C with opulent layers of mocha, cocoa power, espresso, sour plum and sappy blue berry vanilla crumble. The palate and tannins are finely polished and as sleek and elegant as the chiselled lines on a Florentine white marble Adonis displaying the seductive allure of red cherry, sweet tobacco and red currant allspice. Deceptively light to medium bodied, this five star vintage red packs an inconceivable amount of pleasure into a small bottle. Luxurious and hedonistic, this is definitely a wine for the educated vinous bargain hunter who is unwilling to compromise on quality.